Thanks to everyone who visited last weekend”s Open Studios. Those who came towards the end of day two may have found me a bit incoherent as I’m not accustomed to so much talking. It was all good fun, though, and I was delighted to see so many kids (of all ages!) having a go at weaving on a table loom. One wee girl in particular really took to the loom. I showed her a 1/3 twill first, so she just had to lift one shaft at a time, then she overheard me telling her older brother about lifting two shafts at a time and she worked out the 2/2 twill progression all by herself!

In loom news: I was able to finish weaving with the lilac weft and had a nice fat wodge of cloth on the loom. 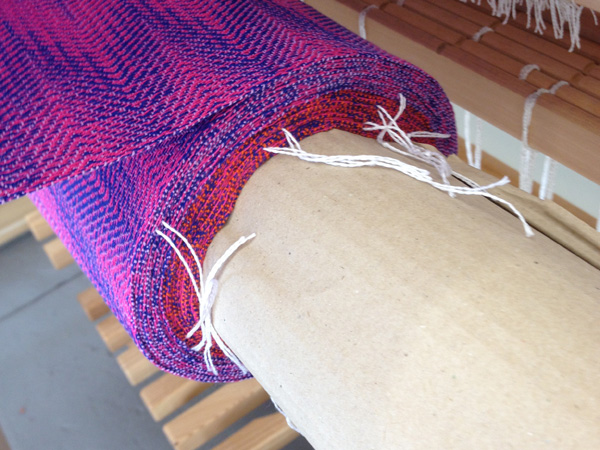 (In case you were wondering, the white threads are marking off metres.) However, I decided to cut it off… 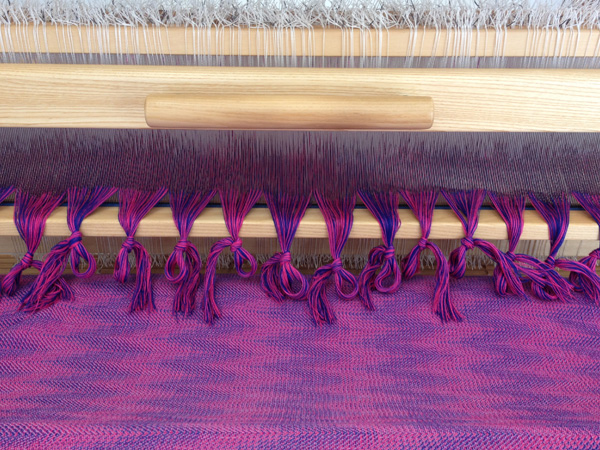 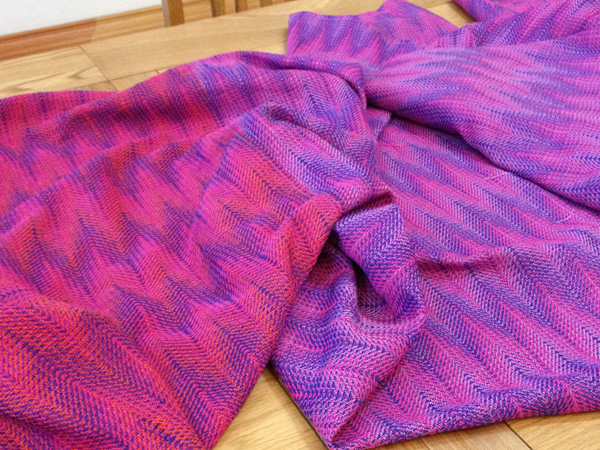 …and re-tie before starting to weave the last stretch of the warp in green. 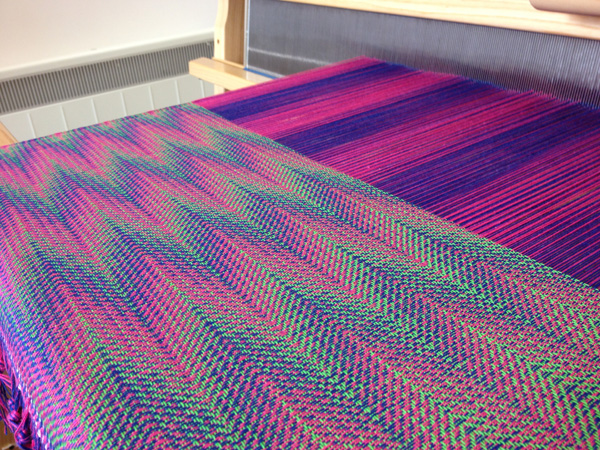 And the really good news of the week: we have our new washing machine! I was able to wash the yardage yesterday, and have a lot of pressing ahead.

“orange, lilac and green” was posted by Cally on 26 October 2013 at http://callybooker.co.uk 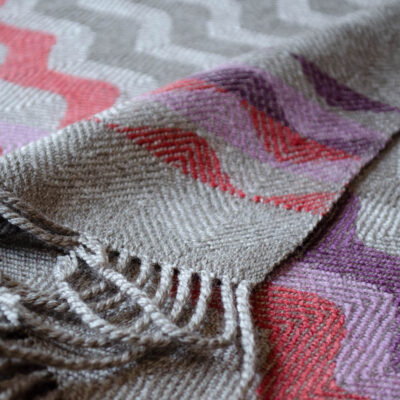 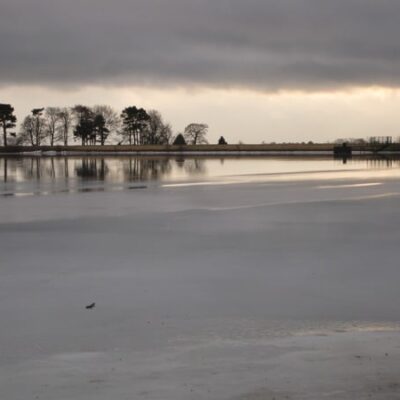 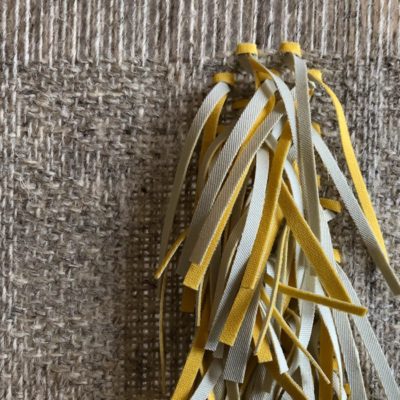 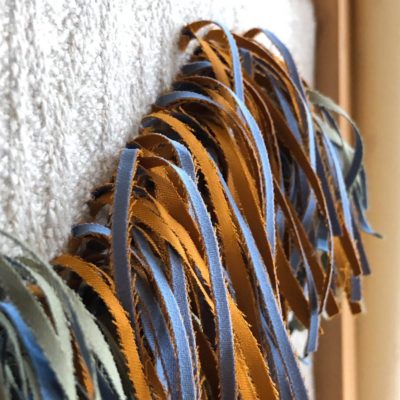 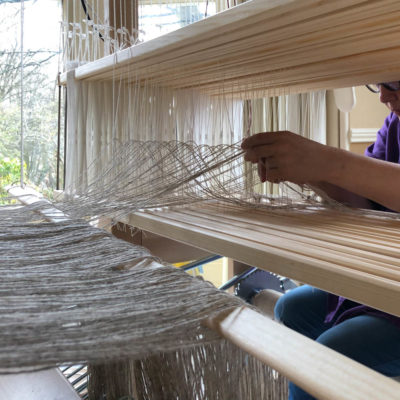